Our First Sunday Of The Summer 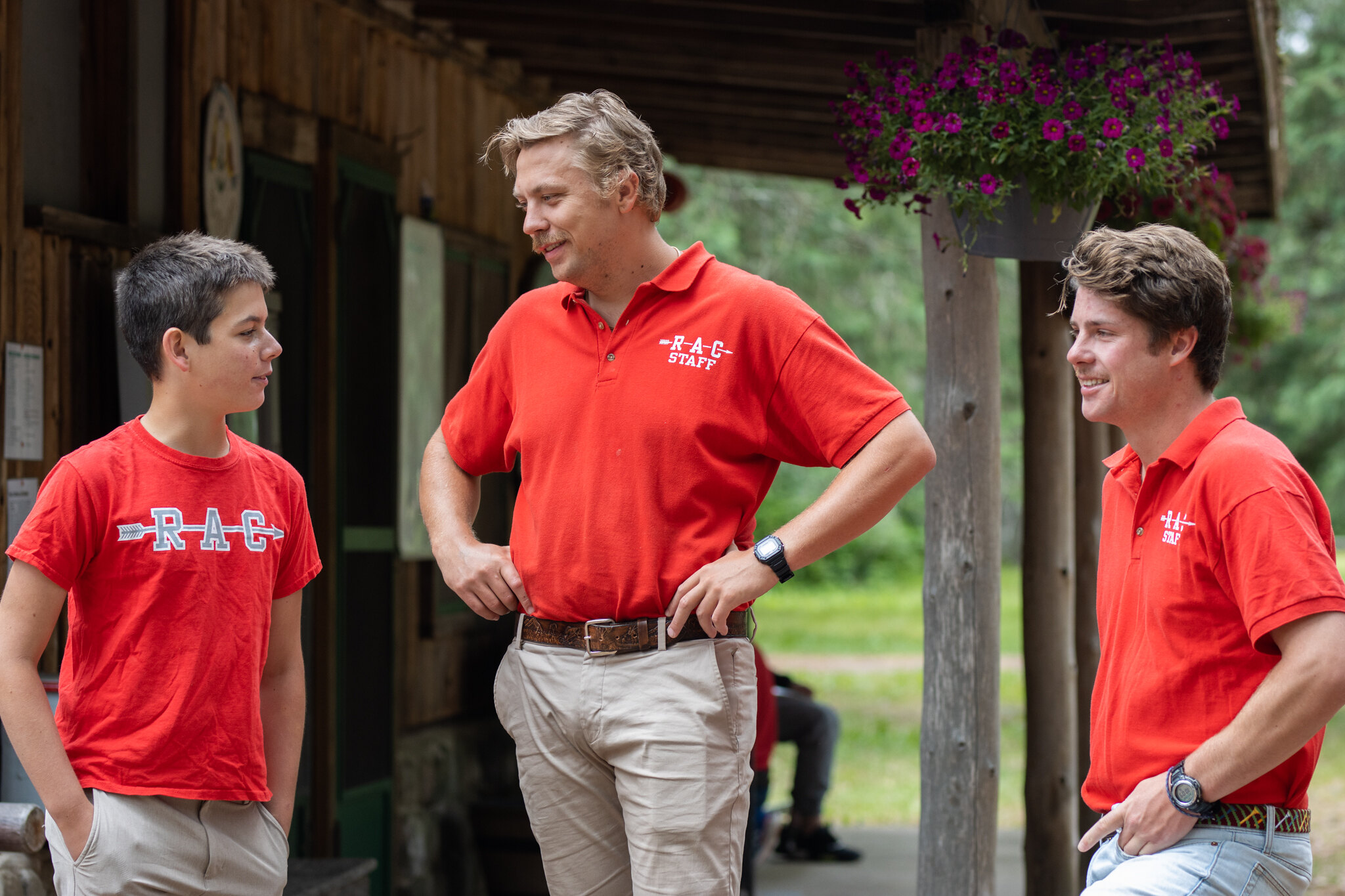 Sundays are different at Red Arrow. Besides having the opportunity to sleep in until 8 AM, campers and counselors alike are given ample time after cabin cleanup to relax and unwind until our Chapel Service at 11 AM. Gathering in the Quad, campers and counselors are able to sit and talk on the Cedars porch, meet and catch up with alumni and guests, or engage in friendly, though competitive, games of ping-pong and chess.

When the bell rings, everyone gathers in the Rec Hall, where the benches have been flipped to face the open windows at the rear of the building, affording them a view of Trout Lake as it glistens under the sun’s rays. Campers enter a different atmosphere than they might be familiar with in the building—it is one of reverence, calm reflection, and attentive curiosity. In front of the benches stands a wooden podium with an inscription of the RAC Benediction. Beyond that podium is a table featuring campers’ or counselors’ scarves of achievements; in the lakeside windows, there are stained glass mosaics of the sunshine award, inspection award, and best tripper award.

Piano or guitar melodies fill the room as people enter. The Red Arrow Choir sits upon the stage in matching red RAC t-shirts, and campers greet guests and staff as the pass out the itinerary of the morning’s service. As chapel begins, a hand-selected group of campers have the opportunity to present relevant readings and scriptures, all of which build upon the day’s central message. Each Sunday is centered around an inspiring sermon given by Eric, our Director, or a senior staff member. After a warming performance of a song or hymn by the Red Arrow Choir, we end with the RAC Benediction and an exchange of handshakes and loving hugs. 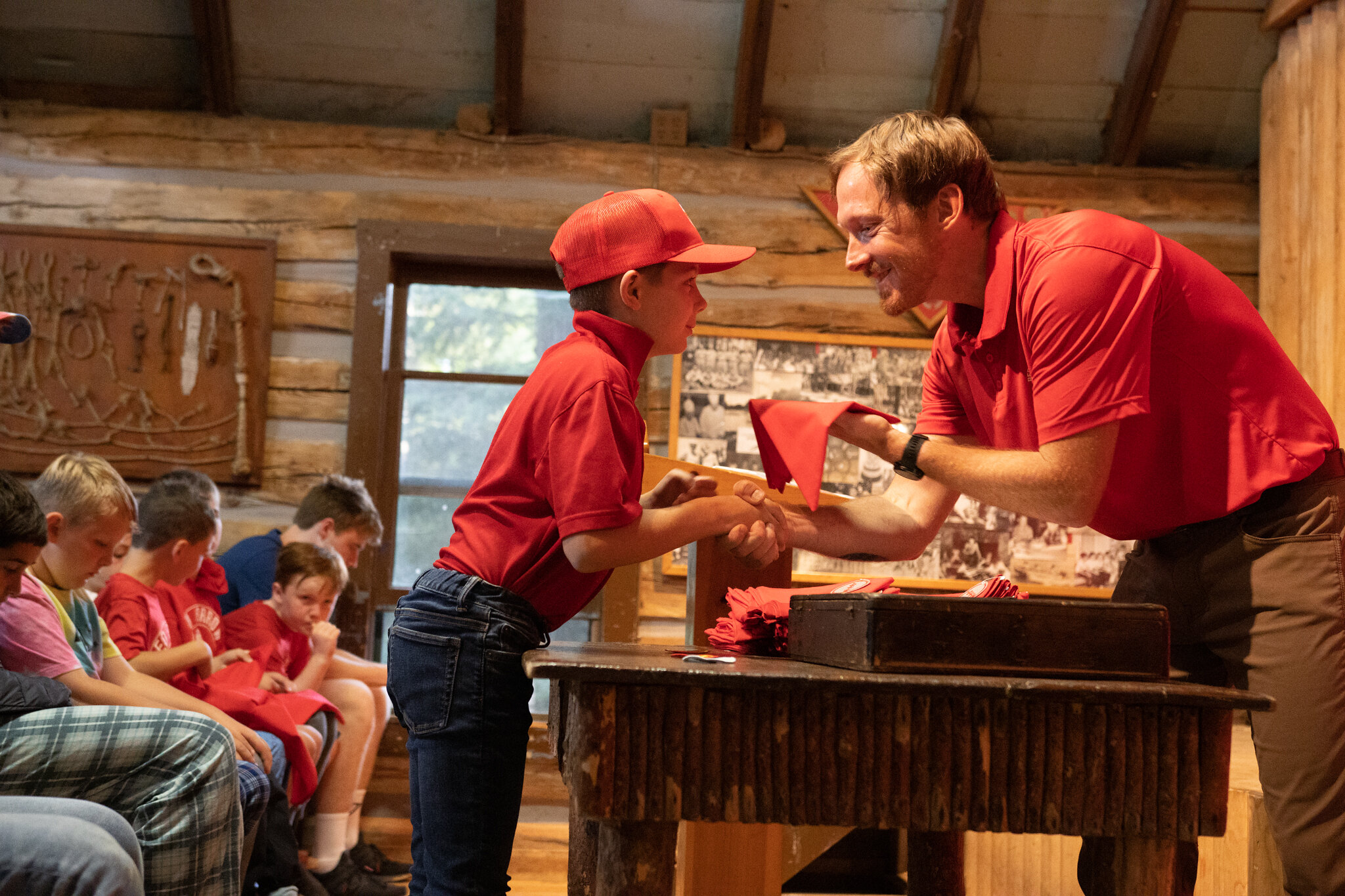 The boys have the entire afternoon to experience a more casual array of Optional activities following lunch and rest period. They could spend the afternoon tubing on the water weenie, playing paintball in the surrounding woods, or maybe even tubing down the mighty Trout River with a couple of friends. Sunday afternoons open up for the boys to bond with others outside their cabin and enjoy the warm sunshine and refreshing lake.

Dinner on Sundays is also a pleasant change of pace. Rather than eating inside the Mess Hall, the boys line up under the bell and engage in a barbecue cookout on the shores of Trout Lake. They can sit with anyone from camp and eat a hot dog while watching loons and eagles fly by, looking for fish to snack on. Following dinner, the boys start to build excitement over the dessert for that evening: RAC-a-mores!

When they wipe away their chocolate-stained mouths and fingers, the bell will ring, herding everyone back to the Rec Hall for awards. 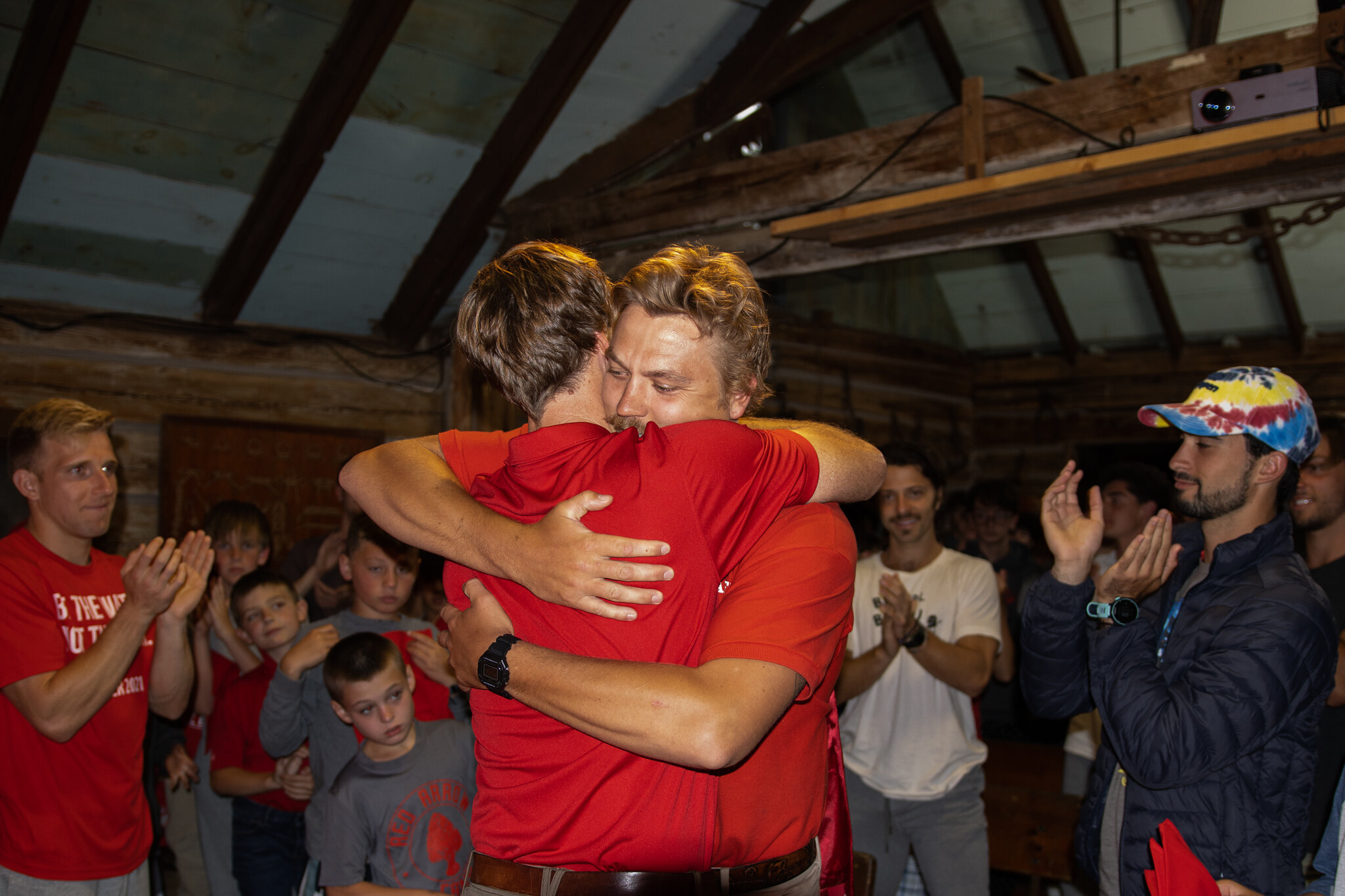 Awards are one of the most significant events at Red Arrow. Unlike Chapel, Songfest, and Counselor Stunt Night, Awards are closed to all outside guests. At their first Awards Ceremony, the new campers will receive their RAC scarves, something which most alumni say they still keep close by even after decades away from Red Arrow.

Scarves represent far more than a display of emblems—they represent hard work, resilience, and the value of personal growth. They represent a summer of achievement and self-improvement. Receiving your scarf is considered the start of your journey as a camper at Red Arrow.

The first Awards is also when campers who have been with us for five summers will receive their five-year blankets. This summer, our five-year blanket recipients are Noah Gurule, Nelson Matteson, Hans Flynn, Leo Caan, Oliver Braun & Alvaro Pons. They join an exclusive group of RAC alumni who have committed five years or more of their childhood to the Red Arrow experience. This is also the week we honor a few of our staff members who have dedicated five summers to working at Red Arrow. This commitment to our boys is one we honor with a five-year jacket. For the staff and alumni at Red Arrow, this jacket is considered a symbol of one’s love, dedication, and commitment to giving these boys a life-changing experience. This year, we have several five-year jacket recipients - Ian Dethloff, Karl “Chuck” Norris, Sam Susina, Rachal Hoffman, and our Director, Eric Roche. These men and women are just a few of the staff who commit their summers, ensuring our traditions and experience at Red Arrow will remain a firm foundation in the lives of our campers.

Awards are where we honor achievements in activity emblems, tripping, inspection, and sunshine. Following these recognitions of achievement, we end the night by standing up, singing “Taps,” and following that with singing “Big Campfire.” The boys then head to bed to start another wonderful week in paradise. 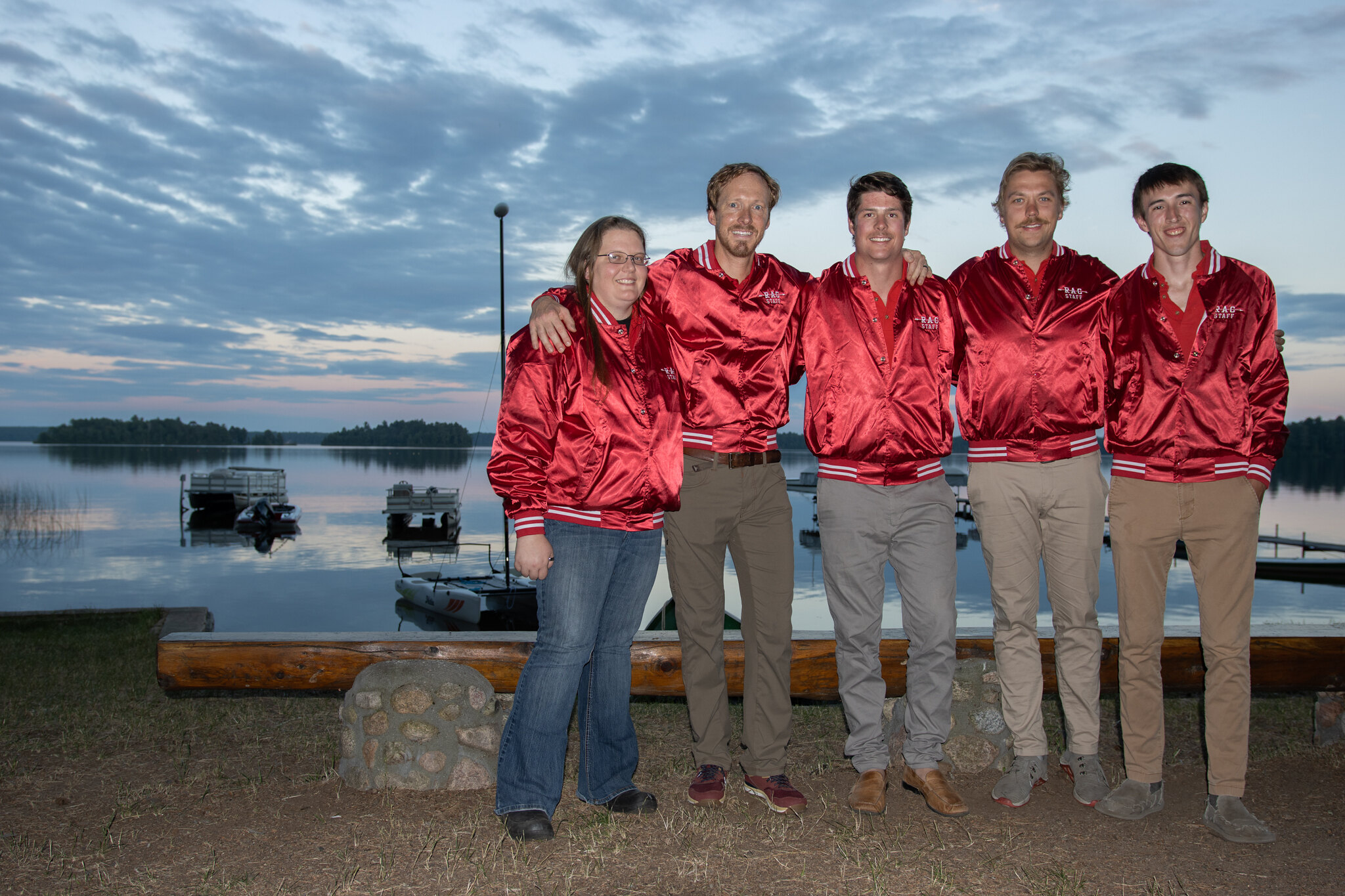